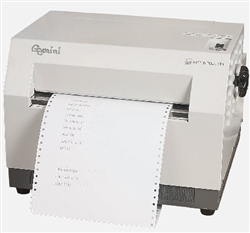 Assistive technology in this modern time really helps the blind to perform his or her task everyday. For example, when checking his or her email, writing a document or simply in using social networks, a screen reader certainly makes it easier for the blind to accomplish things like these. However, let’s not forget that in the past, blind people once used Braille in school. But those who had the chance to use this system in their lives know there are some differences between a screen reader and Braille. Below I list some of the differences and if you have your own opinion or if you want to add something in the list, I encourage you to leave your comment.

What is a Screen Reader?

Play to hear a sample of a screen reader

A screen reader is a computer program that enables a blind computer user to know what’s on the screen through speech. But to make it clear,it can only read text but not images. In other words, there’s no way for it to describe an image at least (not yet possible). Using the keyboard, he navigates using arrow keys and and a screen reader interprets what’s being shown on the screen. And if he wants to interact with a specific icon or a link for example, he will press enter. Or if a blind is typing, a screen reader announces every character; and if he for instance heard that he typed a wrong character, he would press backspace to erase it. This is just one example of the benefits that blind computer users get from a screen reader.

Advantages, Benefits and Different Uses of a Screen Reader

Disadvantages of a Screen Reader

A screen reader is definitely a wonderful piece of software for blind Filipinos, but nobody can deny the fact that Braille is still alive. I think Braille is going to stay, no matter how many advantages there are in a screen reader.

Joey is a blind blogger based in the Philippines. He knows HTML, CSS, PHP and WordPress. He loves to blog, that's why he created this website. He wants to help his community. At the same time, he also wants to improve his writing skills.